It is often said that the toughest thing to turn around is a culture. According to Harvard Business School researchers and authors, John Kotter and James Heskett, “Culture represents the interdependent set of values and ways of behaving that are common in a community and that tend to perpetuate themselves.” I came across their classic Corporate Culture and Performance when I was a regional vice president at UNISYS in the 90’s. The book not only validated the link between culture and performance, but the authors’ findings gave me a starting point for the roadmap that I created and used for the next 20 years.

Turnarounds are my game. In assignments ranging from a startup to a $13 billion worldwide business unit, I developed and deployed a simple roadmap that has led to consistent and sustained improvement on corporate culture and performance. Recruited to join AT&T to turn around a $3.3 billion unit growing at 5 percent, I used the roadmap, had the company averaging 16 percent growth for three consecutive years, and built a robust $5 billion business. I’d like to share the key takeaways of what worked for me then and highlight some of the research on which it is based.

Kotter and Keskett promoted the importance of building an adaptive culture, rather than simply a strong culture. Adaptive cultures expect and embrace change and are the key to create long-term economic performance. Over a ten-year period, the results of the companies studied are compelling. 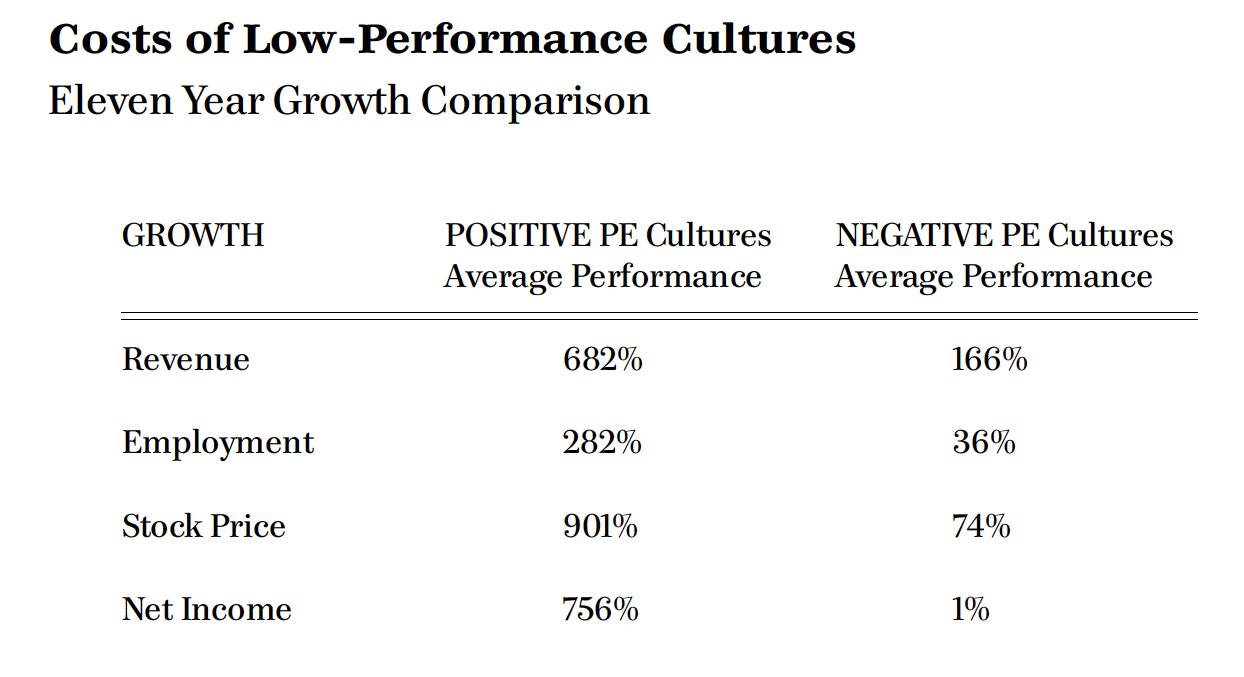 It was clear from these results that while culture may be among the toughest things to turn around, it is absolutely the most important and only place to start. As a president, COO and turnaround specialist, my roadmap is designed for senior executives to use as a blueprint for their organization, helping them build and sustain a corporate culture that delivers stronger results.

The 10 Strategies for Improved Culture

personal attributes and actions. My experience spent on the front line has taught me that executives must focus on five sets of choices in areas that include discipline, insight, support, creativity, and values. I encourage senior executives to adopt 10 specific strategies that will drive improved performance by addressing corporate culture:

1. Create a sense of urgency and a need for change when setting a new direction.
2. Communicate consistently and broadly.
3. Display and “outsider’s” propensity to embrace change and new ideas.
4. Reinforce the importance of innovation.
5. Build and maintain an “insider’s” credibility.
6. Institute a balanced focus on the success of customers, employees, and shareowners.
7. Establish leadership (the ability to produce change) as a focus at ALL levels.
8. Decentralize decision making where possible.
9. Promote carefully and demote when necessary.
10. Celebrate early success.

Other Chiefs In Action